After 13 years of building the headquarters of the Africa Viva Institute in Guinea, the time has come to start activities. 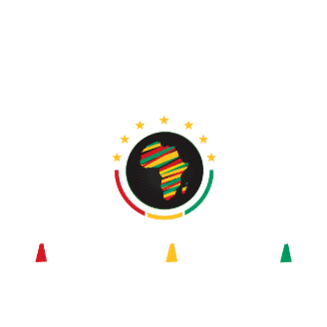 The “Viva Guinea” campaign was created to install a routine of activities, developing syntropic agriculture and similar concepts to multiply this knowledge in Guinea and also to initiate activities related to human and environmental sustainable development, leading to expertise in agroforestry, agriculture syntropic and permaculture, associated with socio-cultural actions.

The objective is to promote food production development and self-sustainability, training community leaders and farmers in techniques that avoid pesticides and enrich the soil. There will be an area for this food production at the Headquarters, also developing permaculture, bioconstruction and sanitation. 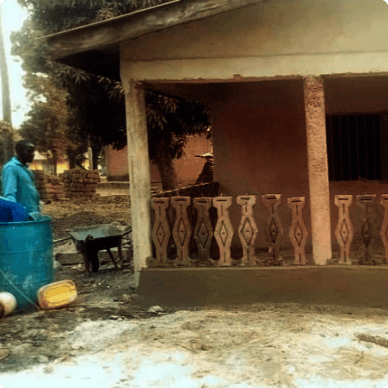 The África Viva Institute was born in 2001 and has been promoting cultural exchange since 2008 where it started to build a base in Guinea to receive professionals and volunteers specialized in the areas of permaculture, syntropic agriculture, bioconstruction, renewable energies, sustainable development and also researchers and students of African art.

The current exchange is aimed at multiplying this knowledge, enabling the population to produce food sustainably and without harming the environment, connecting people from all over the world, in partnerships between developed, emerging and underdeveloped countries for the exchange of experiences and mutual help in combating difficulties generated by the COVID-19 pandemic. 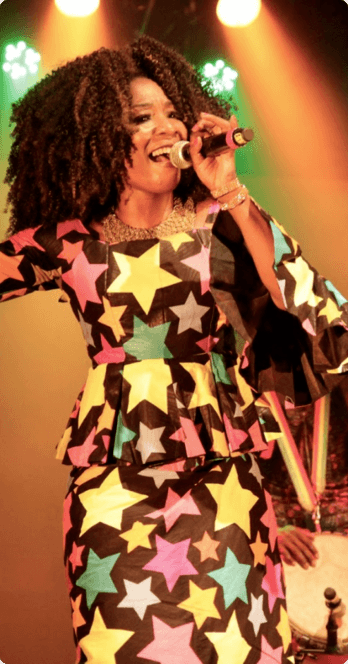 Fanta Konatê is a singer, dancer, composer and choreographer from Guinea. Daughter of Master Percussionist Famoudou Konatê, Fanta specializes in traditional and contemporary West African dances. She worked with several Conakry Ballets and has mastered the culture of the Malinke villages in the Hamaná region since she was born.Fanta Konatê and Luis Kinugawa are the founders of the NGO Instituto África Viva and carry out various activities promoting and multiplying Guinean culture through musical shows, dance and percussion courses, cooking, instrument building, African fashion and social actions.

After inheriting the land in Kindiá from their grandmother “Fanta Keita”, they began in 2008 to build the headquarters of the Instituto África Viva in the Republic of Guinea. Fanta Konate performed shows and workshops in Japan, Poland, Sweden, USA, Chile, Argentina, Guinea and more than 50 cities in Brazil, since 2003, promoting cultural exchange associated with sustainable development. She released her first album of traditional songs “Djubafedeá” in 2007 by Pôr do Som Reccords and in 2018 he released his album of authorial compositions “FANTA KONATÊ” on streaming platforms by Tratore and in 2021 he released his third album “DONABÁ” also by Pôr do Som Records. She sang in the opening theme of the Rio 2016 Olympics and received the "Luíza Mahin" award from the Coordination of Black Culture Department, of São Paulo city. Fanta Konatê is president of the Instituto África Viva.

Luis Kinugawa is a music therapist and percussionist, specialized in West African culture, where he lived for 2 years in Guinea, researching traditional music and working in humanitarian NGOs: Médecins Sans Frontières, Warchild and Refugee Children of the World. He attended the Municipal School of Music of SP and graduated in music therapy at Faculdade Marcelo Tupinambá. Founder of Instituto África Viva, an NGO that researches and promotes traditional cultures for human development, he is a musician and artistic director of the shows and performances of the singer and dancer Fanta Konatê and Djembedon group.

He created Biomúsica Sem Fronteiras, a contemporary form of music therapy, working since 1998 with the disabled, homeless people, refugees, companies, schools and universities, developing humanitarian work in Brazil, Guinea, Sierra Leone and the USA, described in the book "Heroes Invisíveis" by Gilberto Dimenstein from 2004 and participated in the book "Cultura a unir os povos" by Célio Turino of 2018. 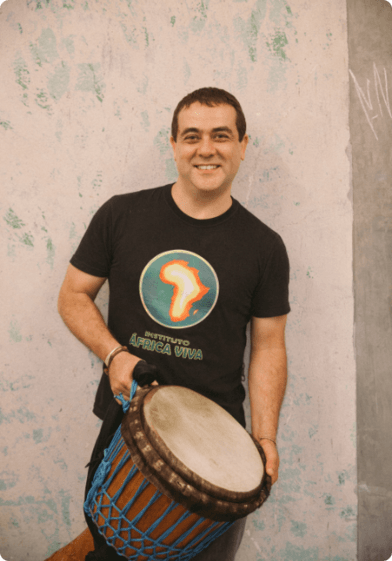 In Brazil for 19 years, Fanta Konatê and Luis Kinugawa multiplied, teached and promoted African culture and, due to the pandemic, they intensified online actions in 2020, and carried out a food production campaign here, on the Welight platform, managing to produce 3 tons of collared rice to minimize the effects of the pandemic COVID 19

Fanta Konatê and Luis Kinugawa launch the “VIVA GUINÉ” campaign to collect spontaneous donations and also convert all their work into ways to raise funds, offering: 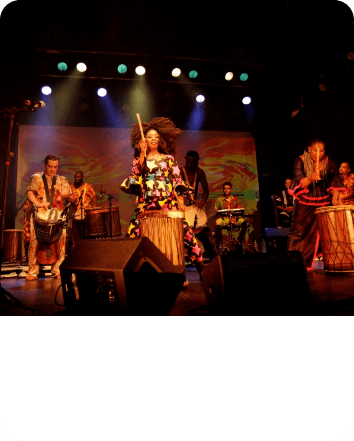 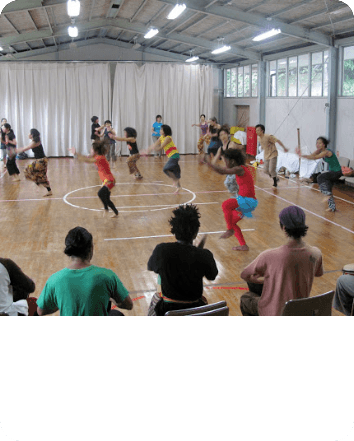 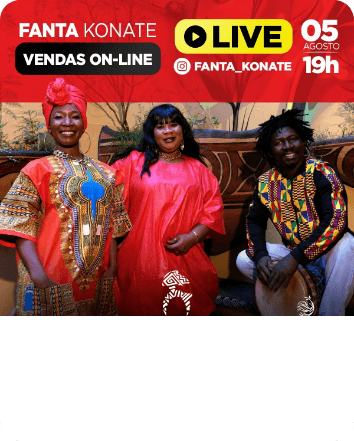 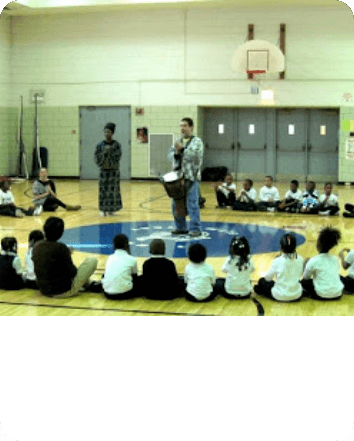 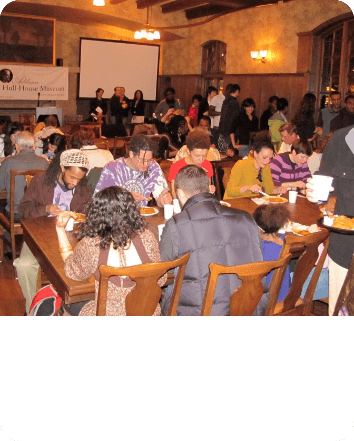 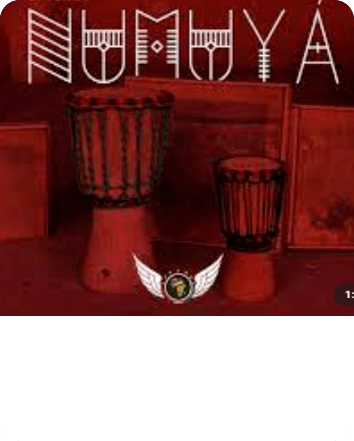 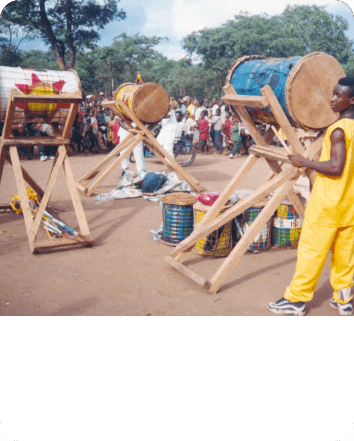 5. Conferences about the arts and culture from the Mali Empire to Guinea's independence

The África Viva Institute will bring professionals and volunteers specialized in the areas of syntropic agriculture, agroforestry, permaculture, education, , renewable energies and sustainable development to implement the systems and train multipliers who can spread the techniques

The initial goal is to multiply knowledge and enable people to produce food with syntropic agriculture, agroforestry and other techniques that do not pollute and have a high nutritional factor.

Future actions are planned in the areas of education, culture, arts, recycling, sports, professional insertion and exchange, combining the wisdom of the Masters of Tradition (Griôs) with eco-sustainable models of Western culture.

- Use and development of renewable energy (wind and solar);

HOW WILL THE RESOURCES BE USED?

The resources will hire people to initially prepare the site for the arrival of activities and prepare the planting area, as well as the logistics and structuring of the Headquarters, teachers, technicians and specialists who will travel from Brazil to Guinea.

We want to train our first group, which will include 50 multiplier farmers and 1 agronomist linked to Instituto Nova Era.

Students will be invited through Guinea's non-governmental organizations linked to sustainable human development and agricultural initiatives. Materials and services will also be paid for with these resources.

Through donations from people and organizations engaged with the cause.

Who need your help right now 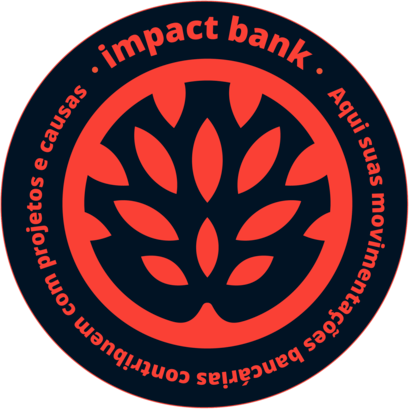 This campaign transacts the funds collected in a transparent digital account, with operations registered in blockchain.

This campaign uses Welight's solutions to raise funds. An organization that goes beyond technology to accelerate the transformations needed for a more just and sustainable future.